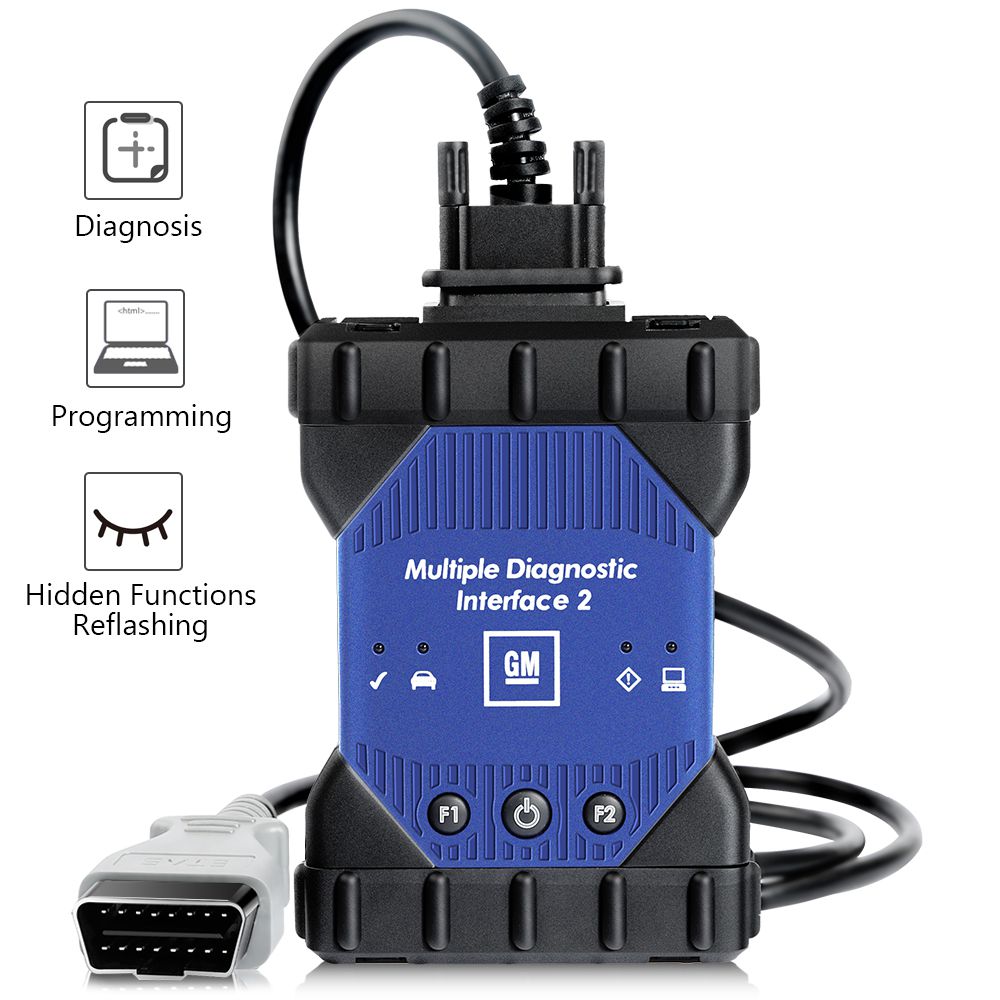 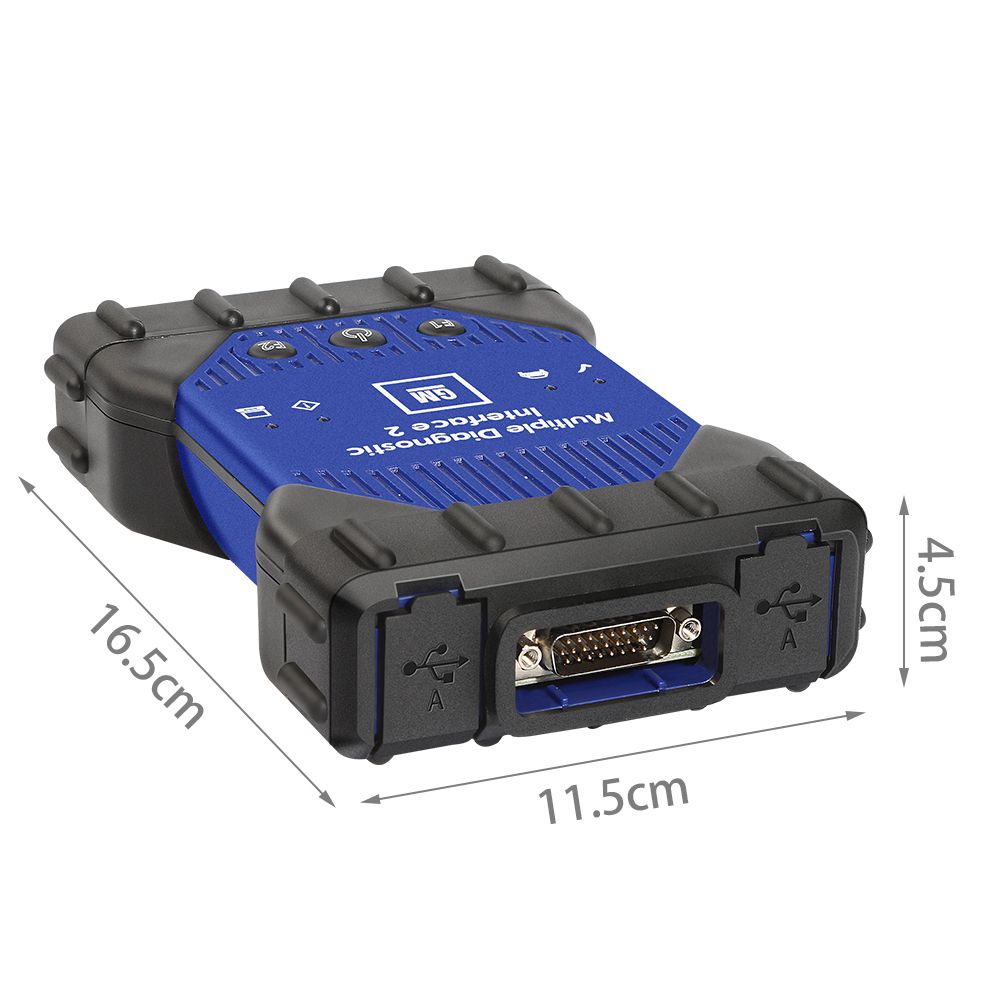 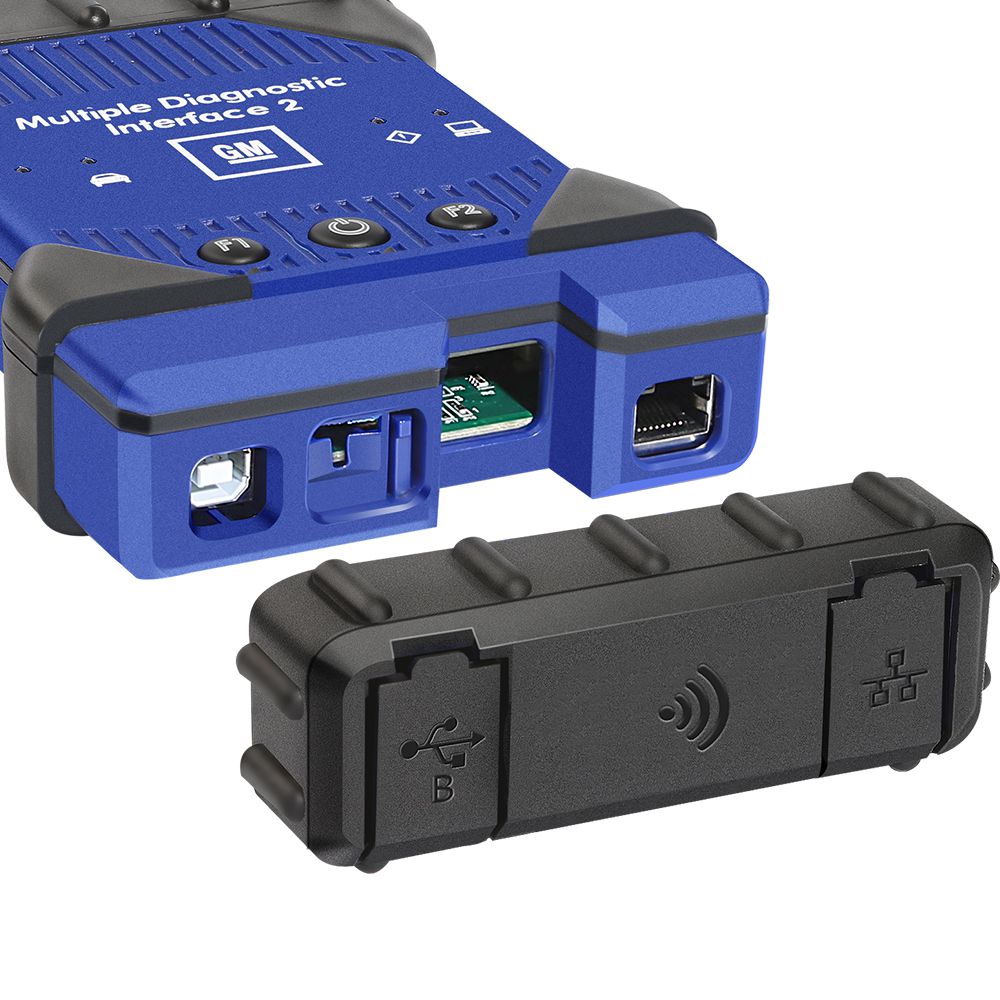 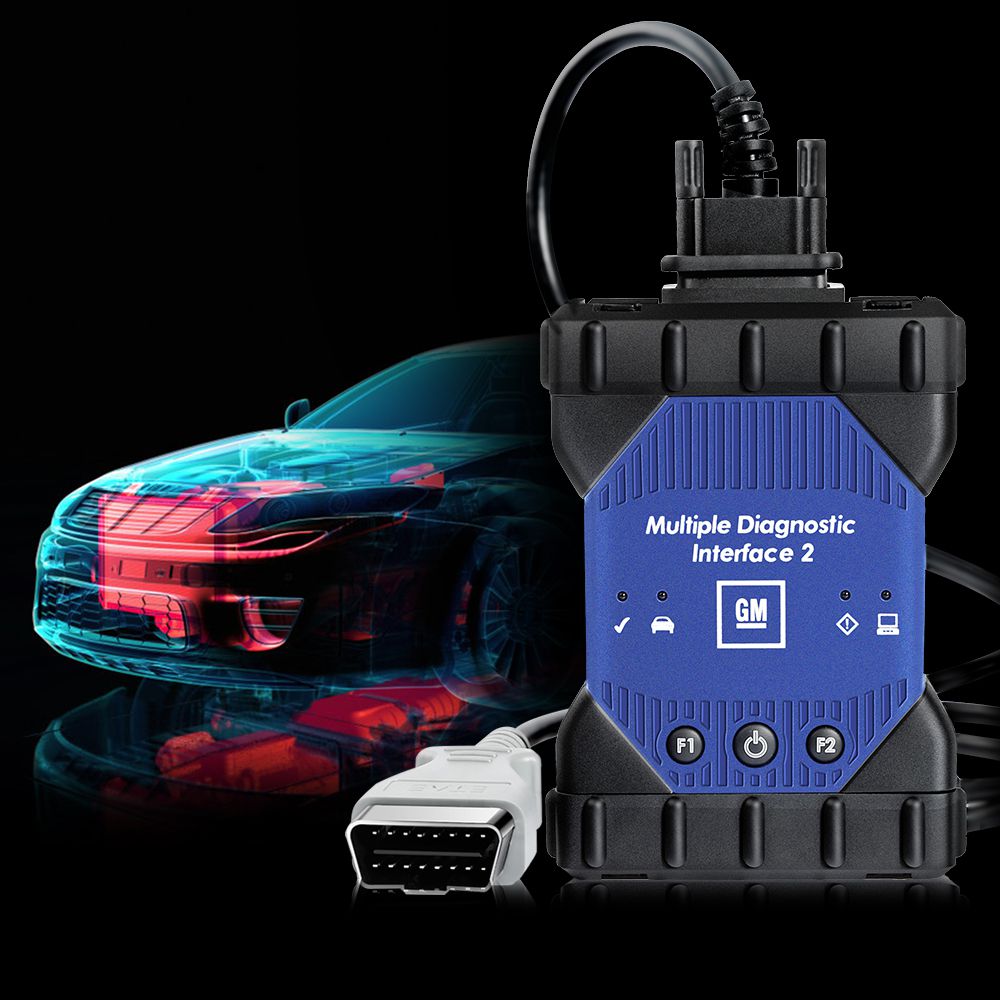 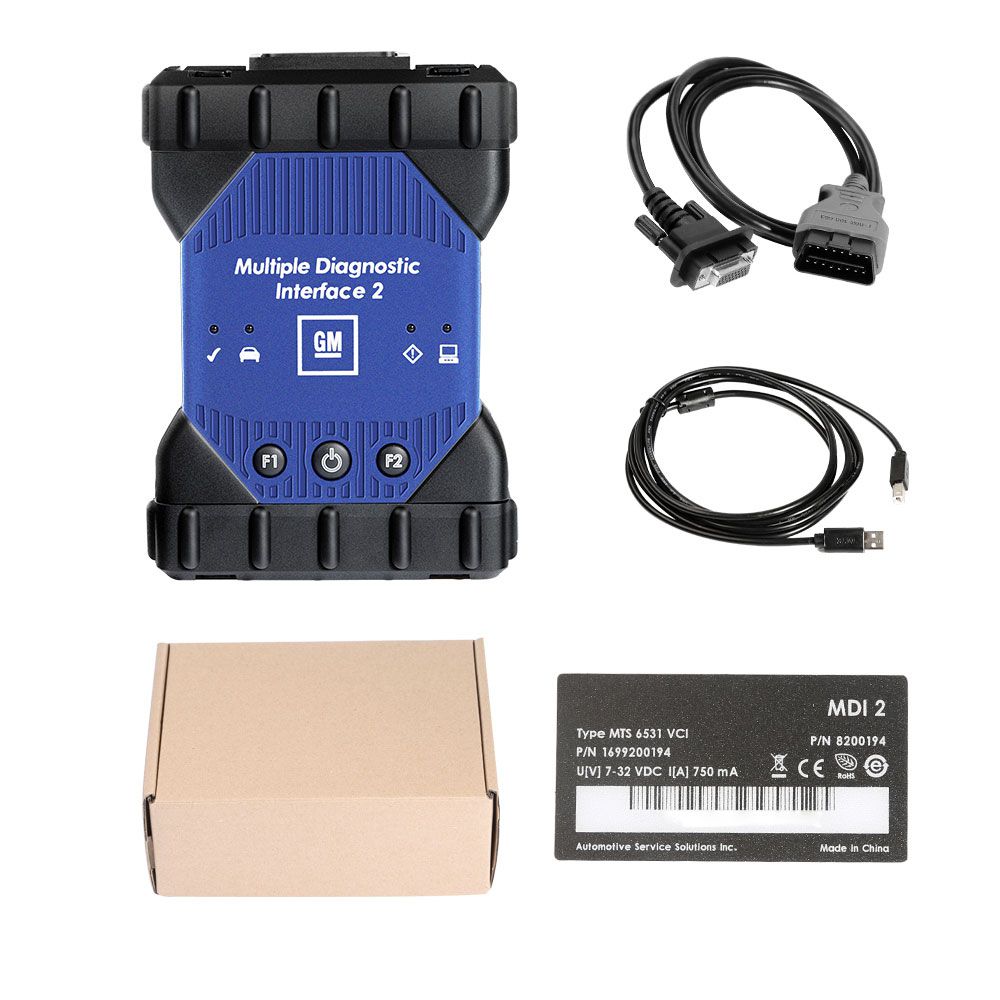 The GM MDI 2 is the next generation Global Diagnostic Interface tool for both current and future GM vehicles. It replaces the MDI introduced in 2007 and offers a compact communication module with increased processing power and security to offer faster transfer of data between a vehicle’s onboard ECU network with an auxiliary CAN bus.
Item No. COBD26504
5 stars, 9 reviews.
In Stock

The Multiple Diagnostic Interface 2 (MDI 2) is used by professional technicians as an aid in diagnosing and repairing automotive electrical and electronic systems. The MDI 2 is designed to connect the vehicle to a host PC computer application, which then functions through the MDI 2 for data transfer and Electronic Control Unit (ECU) reprogramming.

● Uses a new, more sECUre Type B connector and Ground Offset Failure protection. A wired connection is recommended for longer programming events.
● The MDI 2 is powered from the vehicle battery via the DLC Cable. It may also be powered over USB to perform firmware updates only using a PC.
● Uses USB 2.0 for faster firmware downloads instead of a separate AC power supply.
● The DLC cable is twice as long as the previous cable and connects at the top, making it easier to use. The cable only connects to the MDI 2.